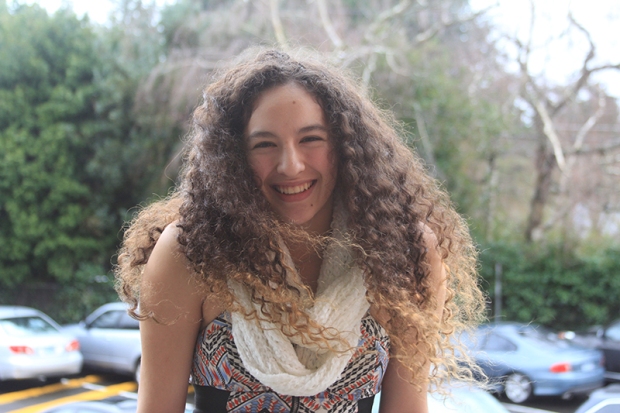 “Before I came onstage I wanted to just quit because I knew my stage fright would get the best of me, but then I thought to myself, ‘How else will I conquer a great challenge? How will I continue to the next level?’ So I sucked it up and went on stage, and then hundreds and hundreds of people started cheering my name. And I felt that they believed in me, and it made me believe in myself. Then [onstage] I just started being myself, and instead of talking at them, I felt like I was talking with them. In that moment [that I was speaking] I felt so powerful, and when people started cheering for me again when I finished, I felt fulfilled. I felt like I was on top of the world. That experience made me think, every day we have to get a little bit out of our comfort zones in order for us to accomplish something. That’s how we create ourselves and find out who we really are. It just takes some uncomfortableness to get to the next level…just like in a video game.”

“This year when I did CJ McCollum’s press pass program, I honestly didn’t know what to expect. But when it began, it was probably one of the coolest experiences I ever had. I got to go to a Blazer’s game and get a tour of the facilities. I also met and interviewed both CJ McCollum and Damian Lillard. They were both so down-to-earth and funny. But I just thought that it was incredible for CJ to give back and help give kids exposure to the world of sports journalism. It’s not like he had to, but he did it anyway.”

Interviews and Photos by Ihsaan Mohamed